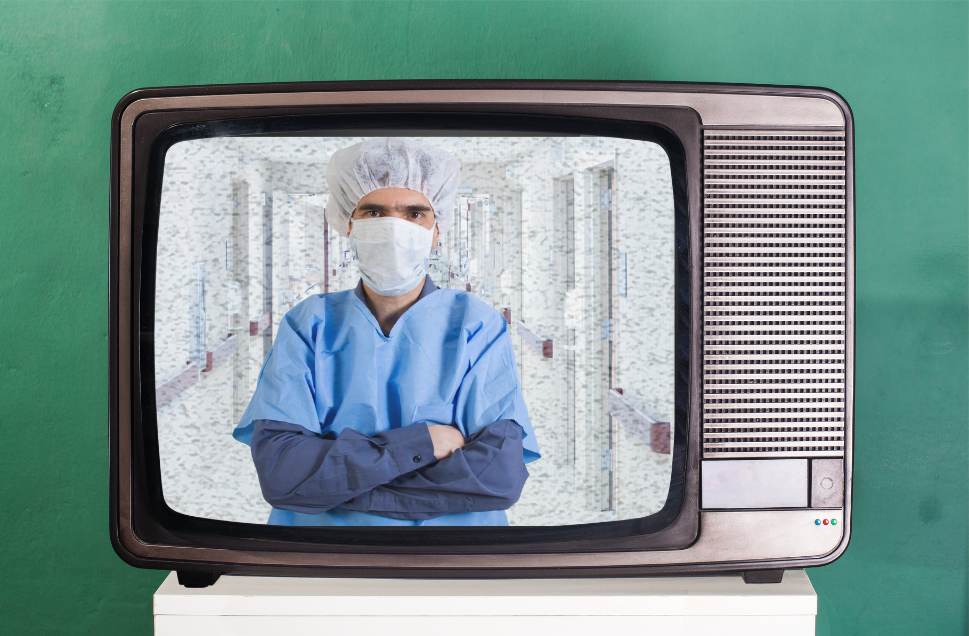 While we have all loved the medical moments and dramas on television and in movies, we must admit that the hard truth is that Hollywood has never let facts get in the way of a compelling story. We listened to our candidates and clients and pulled together some of the hardest tv/movie mistakes to watch, according to the professionals.

Check out some of our biggest frustrations to date below!

CPR is an obvious and common one to be upset about. CPR, also known as Cardiopulmonary Resuscitation, is a technique used to help people whose breathing or heartbeat has stopped. The common technique shown on television is ‘one, two…’ followed by several breaths of air before giving up, which is most certainly not the official technique.

Red Cross has a far more complete and effective guide on their website. It states that rescuers should, after confirming that CPR is necessary, deliver chest compressions at a rate of 100 compressions per minute. After each set of 30, the compressor should check the airway quickly for anything lodged before giving two full breaths to the victim and returning to compressions for another set of 30.

The common usage of AEDs in movies is to bring back people from the brink of death. Someone declares that a character has no pulse and people rush to attach paddles to the chest and shock the person back to consciousness. While thrillingly dramatic, a move like this is also upsettingly incorrect.

AEDs, also known as Automated External Defibrillators, are primarily used to ‘reset’ the heart and give it a chance to return to a normal pulse. This tool is lightweight and easy to use, so non-trained people can use it to monitor the heartrate of someone in cardiac arrest and determine if the electric shock the AED provides is necessary in the situation.

While this all sounds like it’s in-line with the way we see it being used on screen, it pays to point out that an AED is not useful against a slow heart rate or no heartbeat at all. The shock given to the victim is meant to reset the heartbeat if it is going far too fast. Additionally, most modern AEDs speak to the user and determine whether or not a victim needs the shock, but that would likely be far less dramatic than ‘clear!’ 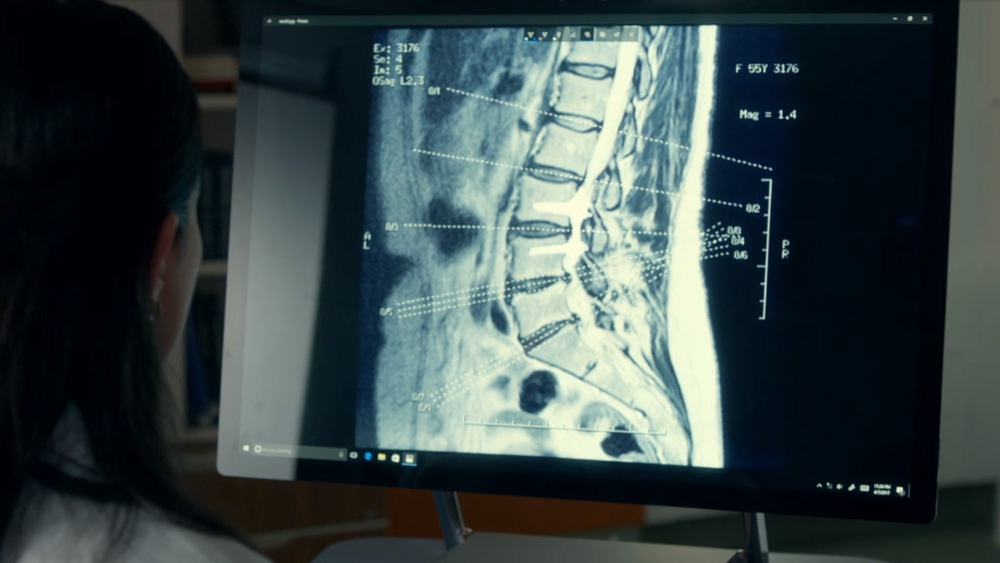 In television, scenes that include radiology efforts are often plagued with inconsistencies and drama. We often see this manifest as scan results that do not match their procedure, such as showing X-Ray or CT results from an MRI procedure.

This is also shown in the recent Jack Ryan series, The doctor explained Jack’s MRI to him using a single image from the scout exam that should only be used for planning the study. It showed fusion hardware that can’t be seen on an MRI in the way the exam was done, she quoted the wrong levels fused, and the images were on a 50-something year old woman.

Most scenes involving the emergency department are a doctor, at least one nurse, a lot of yelling, and a fully clothed patient on a gurney. While there are multiple things wrong with these scenes, one of the most complained about details is the lack of clothing cutting. Maybe a doctor isn’t a fan of whatever sports jersey you are wearing when you get into a car wreck, but that is not why they can, and usually will, cut off your clothing.

An Emergency Physician will cut off clothing to find injuries, such as open wounds, deformities, bruises, or other indications of what is wrong or what needs to happen moving forward. They will also do this to establish intravenous access and body access for other diagnostic or treatment reasons. While they will often try their best to avoid cutting to remove clothing, the practitioner’s job is to save the patient, not the patient’s favorite jacket.

Doctors Who Do It All

According to television, doctors are the only people who ever do anything. On top of that, the doctor will take the patient every step of way, between basic care and treatment to radiology and surgery. For anyone who never needed the help of or has not yet worked in the medical field needs to know that this is absolutely ridiculous and untrue.

Do not read this wrong; doctors and all of our healthcare professionals are desperately needed and greatly appreciated. Because of that, it would be nice to see television, movies, social media, and more show more titles and specialties at work, showing the division of labor in a more realistic sense than how we see it now.

Venomous snake bites might not show up as often as they used to, but they are still a thrilling plotline, if set in the right environment to create stress. This environment is usually out in the middle of nowhere without phone signal or helpful medical supplies, and is often accompanied by the victim asking their friend to ‘suck the poison out’.

For the sake and sanity of our medical professionals, do not suck the venom out of someone’s wound. When dealing with a venomous bite, people should focus on keeping the wound clean and getting to a doctor. Putting a human mouth near an open wound is a great way to almost certainly ensure infection.

Watching medical shows may have given you the great idea to tourniquet the area, keeping the venom from reaching the rest of the body. Don’t do that either. Using a tourniquet will block the blood flow, letting the venom condense and corrupt tissue quickly in the area. Flowing blood gives the toxins a chance to dilute throughout the body, minimalizing the chance of widespread and severe tissue damage.

Childbirth can be magical and should certainly be celebrated, but let’s not pretend that it is a clean or graceful time. The shows often get the social aspect right, as it’s common for medical practitioners to try to keep the atmosphere light, both for the mother’s and the delivery teams’ sake. Keeping it calm and light means everyone in the room is more likely to feel secure.

What shows and movies often get wrong is the all the extra that comes out with a baby. It is incredibly normal and common for birthers to poop during the process, especially around when the baby is crowning, though it can happen more than once. Additionally, you will have to ‘deliver’ the placenta afterwards. While it’s not as painful as a baby delivery can be, it is considered uncomfortable and comes with the amniotic membranes and about a soda can’s worth of blood.

Comas are frustrating to see on two fronts. On the neurological side of it, we often see characters come from a coma with minimal issues, just a few blinks and they are signing out of the hospital within a week. Realistically, coming out of a coma is often gradual and leads to confusion and agitation. While these go away over time, it pays to note that not every recovered patient walks away scot-free.

The other side of this is a physical front. Entertainment does not often show how difficult it can be for people with muscular atrophy and new disabilities to recover. The act of having patients simply walk out of the hospital is a scoff in the face to all our occupational and physio therapy profession. Shows and movies would do well to add in some of the realistic short and long-term effects that can come from a coma.

Additionally, if you are interested in working in a new opportunity with low drama, great pay, and filled with professionals, like yourself, send us in a resume or apply to a job with us today! 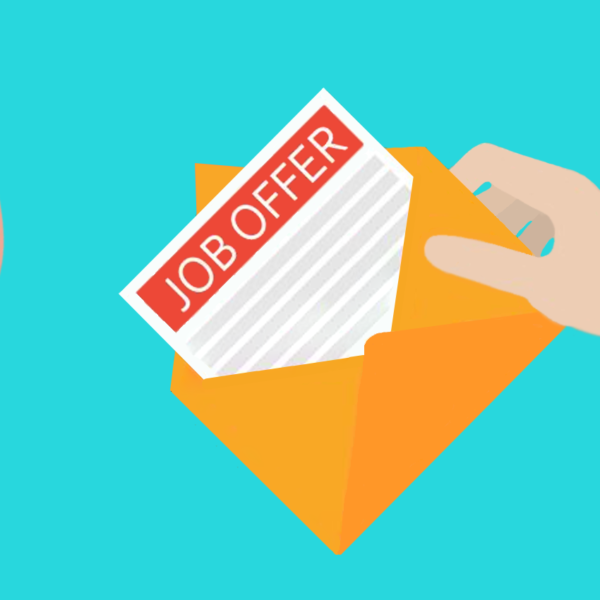 Top 5 Reasons Why Your Job Offer Was Denied 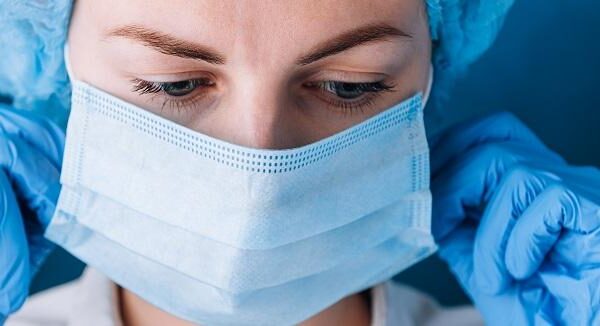 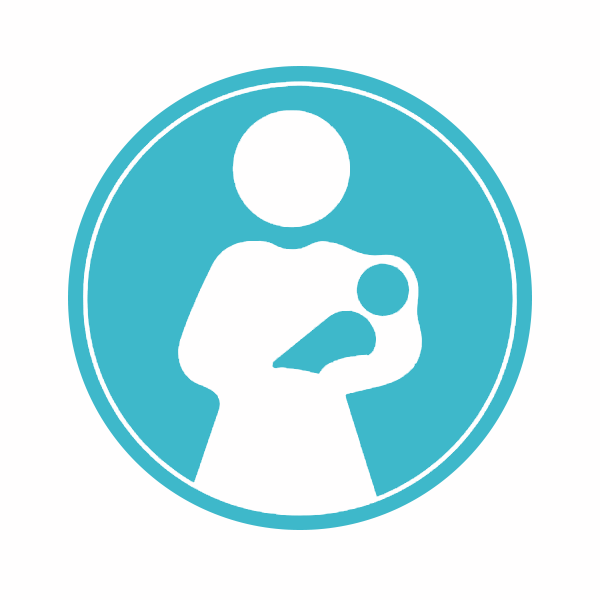