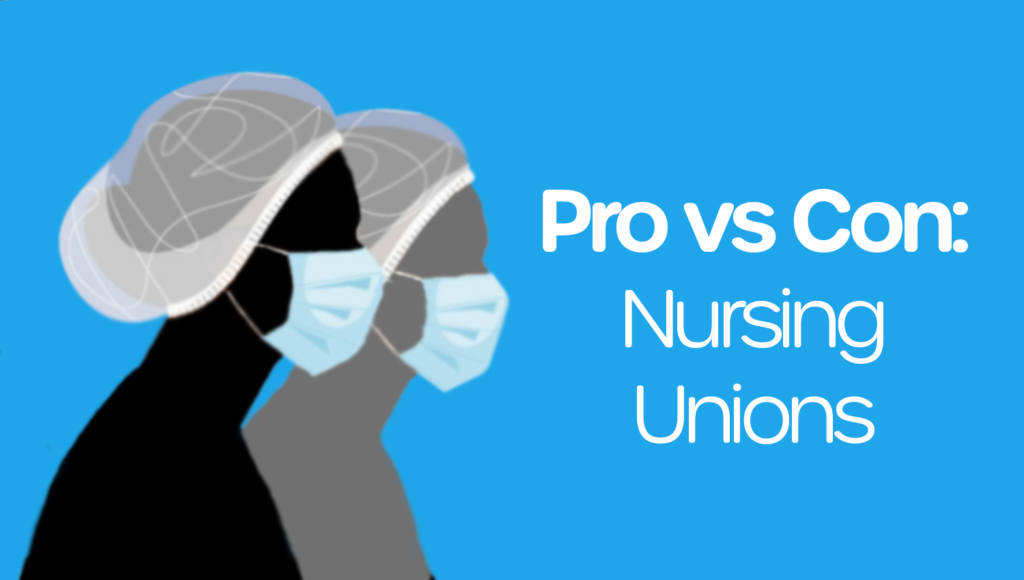 Nursing unions are the talk of the healthcare world right now, amid stories of strikes, shutdowns, and more happening all across America. In some cases, we are seeing stories of unions standing up for their departments, demanding better wages and hours so medical professionals don’t accidentally become patients. In other cases, we are seeing results of groups struggling without unions, working as individuals for raises and benefits without a team behind them.

Of course, every individual hospital, union, and nurse is different. These situations could be going any which way depending on any number of factors. That being said, there are things that are consistent with hospitals and teams that use a union versus those who do not, so take a look at our pros and cons breakdown and determine which might be right for you.

Requesting a raise or better benefit plans can be an absolute nightmare to handle on your own. You would have to schedule the meeting, do all the research on your own, come up with validations outside of personal want in order for most management to hear out your proposal, only to be left without a clear answer of yes or no. Instead of running in unsatisfying circles like that, unions help you put together the information, different options, draft a proposal, and submit it to management. Then, they will later discuss it and negotiate for a deal management and the union can be happy about.

Having a union at your back also means that these fights are not just for you, but for your coworkers as well. Members of the union get paid the same amount with the same benefits to ensure that everyone receives equal work and no one is overworked because they are, for example, cheaper labor.

In the same way that unions help pay and benefits, they can also be detrimental to individual efforts. As stated above, when a union is involved, there is no direct 1-to-1 negotiation of an individual’s pay or benefits. Instead, they can only be offered what the rest of the staff at their same title get paid in the hospital.

This means that any fight for increased wages benefits all union members, so if a team member is slacking big time, they would still receive the same benefits, which could rub people the wrong way. Additionally, the average raises that come from longevity with the company would also get passed on to people who have simply been there for a long time, not necessarily people who have worked hard for their spots.

Unions are known to fight for the good of their members over anything else, leading to significantly safer working conditions. These can cover anything from working procedures to dress code requirements to acceptable work hours. Anything that can ensure that the union nurses have a happy, healthy, and long life and career is right for the union.

There is even science to prove that patient satisfaction and treatment success levels have gone up with the introduction of restrictions that focus on caring for the nursing professionals. These efforts include reducing the amount of working hours that staff can be asked to or offer to take in a row. This leads to more patients getting the treatment that they need without mistakes and ensures that the staff is always at the top of their game.

Con: Not All Members Support All Actions

Unions are often run similarly, no matter which one you choose to join. In most cases, union members vote on leadership who will help them coordinate efforts for change. In many cases, having a majority on your side when presenting a solution to a grievance is a good way to ensure it gets addressed in your favor, but it is possible that not everyone will agree. Even with that disagreement, due to their membership within the union, they would still be required to assist with making the change happen. This happens on top of paying fees for being part of a union, so people can feel cheated on both ends.

It could happen that the things you are most interested in get overruled or pushed down in favor of more popular needs of the staff and you would still be required to assist. Keep in mind that leadership choices and negotiations can change the path of any union effort, possibly in or out of your favor, but it is still something to keep in mind when looking to enter a union. If you are curious, you can contact the union and request to see what their previous votes have been for to see if you agree with their voting habits, though they are not required to provide that information.

Nursing unions are there to protect nursing staff, so it should be no major surprise that there is an emphasis on addressing any issues or grievances that come up about or from the nursing staff. Whether the issue is career-threatening or about day-to-day convenience, unions prioritize being at the forefront to break down the matter at hand, protect the staff, and ensure that proper protocol and punishment guidelines are followed. This oversight is a protective measure that keeps excessive punishment off the table in favor of allowing nursing professionals to continue to work in the long-term.

Con: Harder to Fire Unruly Employees Protected by the Union

In the same vein that union oversight protects nursing staff, it can also harm them. As stated, a nursing union will often prioritize protecting their staff’s ability to work, which can backfire when the staff member is clearly in the wrong. Unions will still move for punishment, as they cannot let people simply get off with nothing happening in response, but they will limit the actions as much as possible in favor of the union member. When the staff member is the one who has done wrong, be it to others within the union or those outside of it, such as staff in other departments or patients, nursing unions can still be heavily against firing the employee.

Pro: Coordinate with Other Unions to Create a United Front

Unions on their own can be a great force for change, but what happens when multiple unions in a facility come together? Nursing unions care for nursing staff, physician unions care for physicians, and large scale healthcare unions can care for many types of professionals at once. These groups often operate separately but can come together when a big enough change will affect all parties.

It does not happen terribly often as these groups might occasionally have crossover, but not at such a large or intensive scale, but it is entirely possible that these giants coming together could move mountains as necessary within a healthcare setting.

In order to keep employees motivated to stay with the union and the company, unions often create pay scales based on time employed. After a certain amount of years, you are guaranteed a raise or additional benefits, depending on the program. While this can be good to guarantee longevity of employees, it does also cause an issue with high performers.

If a nursing professional is doing the bare minimum and making significantly more money than a hard worker who is picking up the slack, entirely because of seniority, it can be understood why the hard working employee might simply decide to look for work elsewhere. Of course, this is not to say that employees take advantage of their seniority, but simply that this is one of many possibilities that could come up with a seniority-over-performance mindset.

Pro or Con: Is a Union Facility Right for You?

Ultimately, that is the grand question. Unions are incredibly helpful, but if they are not fighting for what you believe you need in a work setting as a nurse, then do you really need them? On the flip side, if their benefits severely outweigh their cons, in terms of what you need as a nurse, then should that not be part of what you look for in your next job?

Whether you have picked one, the other, or have no preference, Radius Staffing recruiters are still here to help. We work closely with healthcare groups across the country to pair you to the right facility with the right role every time. If you are looking for a temporary travel role or a permanent placement opportunity, then check out our job board to see what is open. If you are unsure as to what exactly you are looking for or do not see a job that you are interested in, then send us an updated resume and we will reach out with a dedicated recruiter as soon as we can. 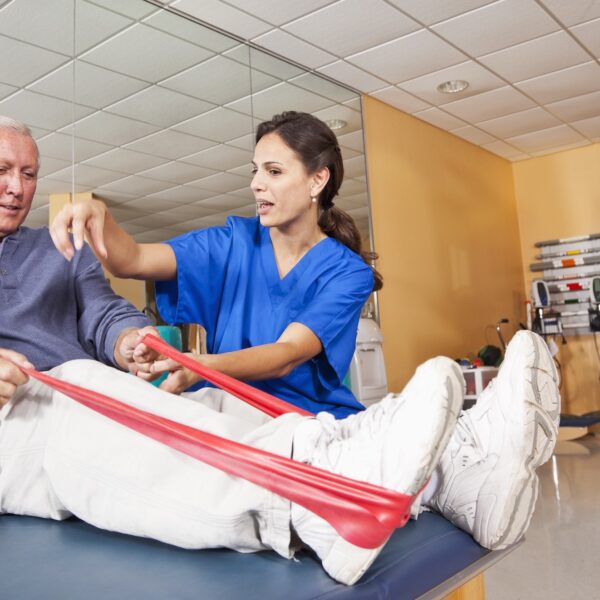 OT vs COTA: Differences and Similarities 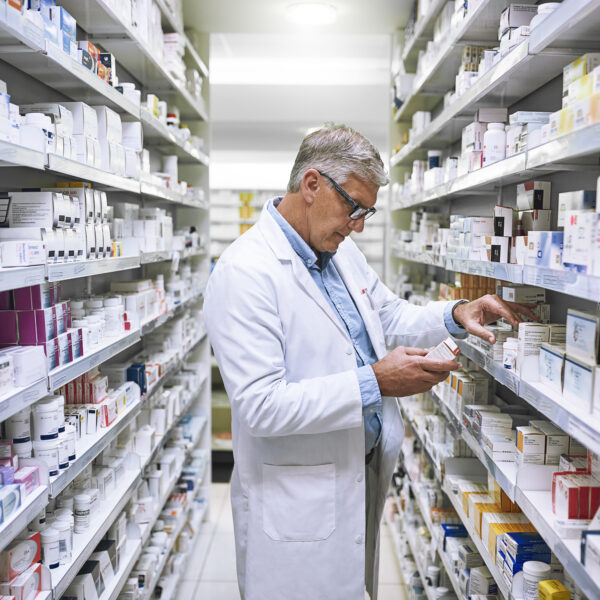 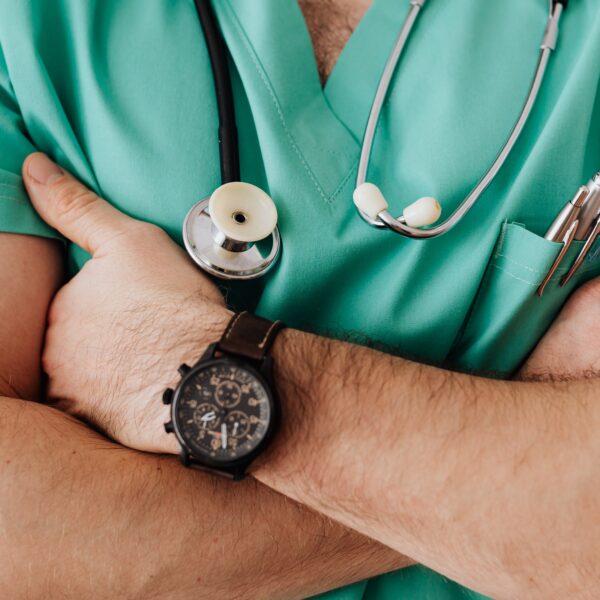